Berklee.edu
In This Section
Institutes

In 2014, the MMI created the Master of Mediterranean Music Award to honor the great maestros of Mediterranean music. The award itself was designed by Vicente Carrillo, an internationally renowned flamenco guitar maker. Learn more about the craftmanship behind the making of this award.

Two of the greatest flamenco artists today, guitarist Pepe Habichuela and singer Jose Mercé, were the first artists to be given the new award. At the MMI spring concert on April 8, 2015, MMI directors Matthew Nicholl and Javier Limón gave harmonica player Antonio Serrano the award in recognition of his work fusing jazz and flamenco, and for his innovative contribution to flamenco music by introducing the harmonica to the genre.

On October 30, 2015, flamenco singer, composer, and producer Pepe de Lucía, considered a living legend of flamenco, was honored with the award for his contribution to flamenco throughout the span of his impressive musical career.

On March 16, 2017, singer and composer Aynur, a renowned folk artist and a cultural icon of the Kurdish people, received the award in the category Mediterranean Women in Action in recognition of her faithfulness to traditional Kurdish music and her perseverance in overcoming big challenges to follow her artistic path. These things make her an important example for other women artists seeking a creative voice in the Mediterranean music scene.

On November 11, 2017, fado singer Mariza, considered one of the most representative voices of Portuguese music of the last several decades, was honored with the award in recognition of her contribution to the evolution of fado music, for taking this music to world stages, and for being an unequivocal leader of a generation that has revolutionized Portuguese music.

On March 26, 2018, acknowledged master of the cajón and flamenco percussion Israel “Piraña" Suárez received the award in recognition of being one of the main contributors and lead actors in the evolution of the cajón, having adapted the instrument to genres outside of flamenco, raised its musical standard, and further developed cajón technique.

Read more about the winners below.

Israel Suárez, known as "El Piraña,” has flamenco in his blood. The grandson of Porrina de Badajoz and son of Ramón el Portugués, he was born in 1982 and began his musical career by replacing his brother Ramón "Porrina" at Niña Pastori’s first album presentation. He then joined the group, and soon after, he was playing for top flamenco artists such as Sara Baras, Tomatito, Vicente Amigo, Ketama, and Estrella Morente, among many others. In a fast-rising musical career, Piraña moved on to perform with international artists such as Lenny Kravitz, Anoushka Shankar, Ricky Martin, Alejandro Fernandez, and Chick Corea, to name a few.

He joined Paco de Lucia’s band in 2004 and was part of the band until de Lucia passed away in 2014. After more than 30 years on world stages and in recording studios, Piraña is now working on his first album.

During the past 20 years, fado music has evolved like never before. Since Amalia Rodríguez, there has not been an artist who has elevated this art form to where it is now.  Fado has evolved from being music that played in small neighborhood bars to being one of a celebrated musical art form in theaters around the world. This revolution was led by Mariza, the most important fado singer in Portugal today, and probably the most representative voice of Portuguese music of the last several decades.

Mariza has taken the music from the houses of fado in the famous Alfama neighborhood and brought it to such venues as Carnegie Hall, Sydney Opera House, and the Spanish National Auditorium. Mariza's contributions have not only resulted in a quantitative expansion of the style, but they have also lifted the musical standard of this repertoire to uncharted heights: she championed the inclusion of flamenco and Latin percussion, and has collaborated with artists such as Brazilian cellist and arranger Jaques Morelenbaum; Dominic Miller, known for his work with Sting; and Cuban drummer Horacio "El Negro" Hernández. She has also sung in duets with Sting, Concha Buika, José Mercé, Miguel Poveda, and many other artists. This has influenced the fado repertoire in a way that has opened new harmonic and melodic possibilities for singers and has also merged this music with other genres in a fashion that was not previously embraced. Her sober and direct singing style has influenced a new generation that follows her and considers her to be a leader in the 21st century's fado evolution.

Aynur is a renowned folk artist and a cultural icon of the Kurdish people. She has taken her music beyond Turkish audiences to wider international audiences who have discovered, through her voice, the wealth of Kurdish oral traditions.

Born in Dersim, East Turkey, Aynur’s music is based on traditional Kurdish folk songs, many of them at least 300 years old. Her lyrics are about the life and suffering of the Kurdish people, especially Kurdish women. Her music blends Kurdish and Western music, influenced by artists such as John Coltrane, Mari Boine, and Tracy Chapman, giving a completely renewed sound to the traditional Kurdish folk repertoire.

Aynur has collaborated with famous musicians and bands such as Yo-Yo Ma, Silk Road Ensemble, Kayhan Kalhor, Javier Limón, Kinan Azmeh, Mercan Dede, and many others. She has recorded songs for soundtracks of famous television series and movies, and was featured in Fatih Akin’s acclaimed 2005 documentary Crossing the Bridge: The Sound of Istanbul.

Born in 1945 in Algeciras, Spain, Pepe de Lucía began his musical career at a very early age. He formed a duo, accompanied on guitar by his younger brother Francisco, later known as Paco, called Los Chiquitos de Algeciras. By the age of 16, they had toured internationally, including in the U.S., and de Lucía had won his first National Award.

Pepe de Lucía’s extended discography ranges from hits like Caminando—recently reissued in the album Los Hijos de Lucía—to his solo album El Orgullo de mi Padre to a vast array of catalogue albums on which his unique vocals and execution are on display. His contributions to music are felt deeply on albums he shared with his brother, Paco, such as Sólo Quiero Caminar, Live in America, and Live…One Summer Night. In addition to his own legendary works such as the song “Como El Agua,” his long list of credits as a composer includes work for artists such as Alejandro Sanz, Azucar Moreno, Camarón de la Isla, and Tomatito, among many others.

Throughout the course of his illustrious career, he has also collaborated with acclaimed artists such as Joan Albert Amargós, Niño Josele, Vicente Amigo, Remedios Amaya, and Carles Benavent, to name just a few. 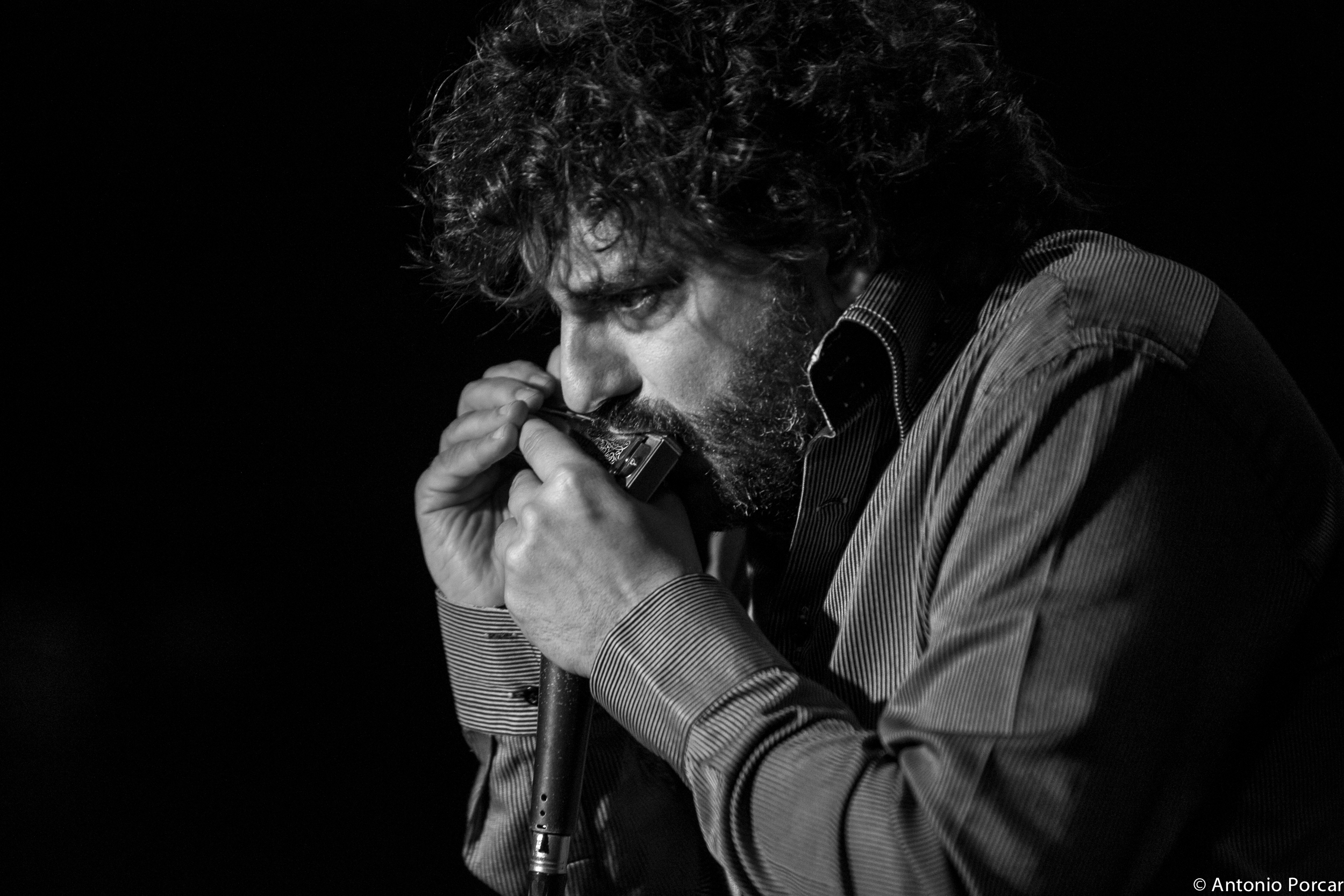 Antonio Serrano is one of the most promising young Spanish jazz and flamenco musicians in Spain. He was born in Madrid in 1974 and began studying harmonica under his father at age 7. He later studied piano, violin, percussion, music reading, music history, art history, and choral ensemble in conservatories in Madrid and Alicante, Spain.

Serrano was a member of Paco de Lucía's group for 10 years. It was as a member of this group that he introduced harmonica to flamenco. Serrano has played and/or recorded with artists such as Larry Adler, Toots Thielemans, Winton Marsalis, Jerry Gonzalez, Chano Domínguez, Lou Bennett, Jorge Pardo, Vicente Amigo, Tomatito, Armando Manzanero, Luis Salinas, and Javier Colina, among others.

Serrano's latest album is called Harmonious. He been touring this album in Europe and Australia over the past few years. 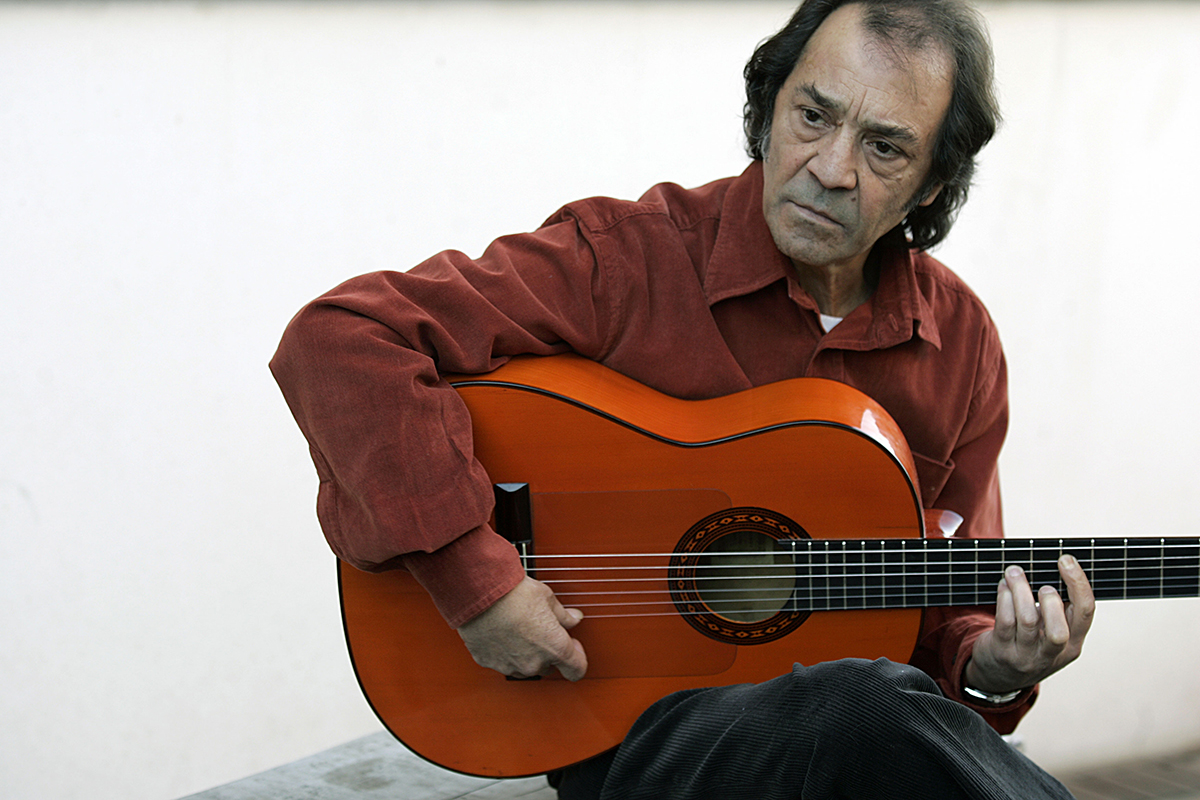 Pepe Habichuela is considered one of the great flamenco masters and one of Spain's finest contemporary guitarists. His musical contribution is unmeasurable, being one of the first flamenco musicians who incorporated other musical styles into flamenco, including Indian music and jazz, working with artists such as Don Cherry and bassist Dave Holland. 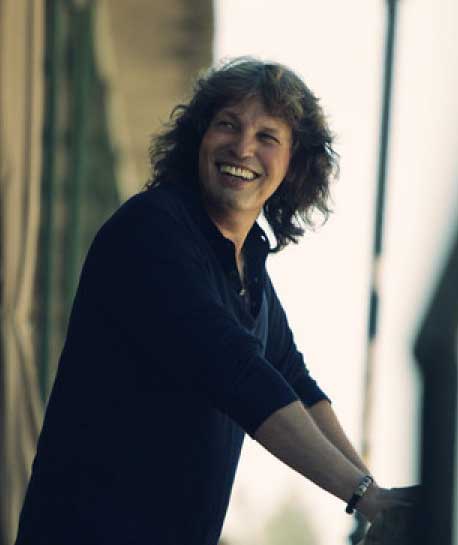 José Mercé is one of the major flamenco phenomenons of all time. Having made 17 albums since his debut in 1968 and sold more than 600,000 copies in the last 15 years, the singer-songwriter from Jerez is an artist who has known how to transmit, like few others, that flamenco is for everyone, making it popular while keeping it authentic.

Mercé's flamenco covers of artists such as Manu Chao, Luis Eduardo Aute, Victor Jara, Louis Armstrong, Pablo Milanes, Pop Tops, and Joan Manuel Serrat position him as a key artist in Spanish music. He received the Medal of Andalusia in recognition to his cultural contributions.