In This Section
Institutes

Heavy Rotation Records (HRR) is BPMI's student record label, an imprint run by music business/management students who discover and release songs recorded by talented Berklee artists. Jeff Dorenfeld has been faculty adviser since the founding of HRR, in 1998. Some former notable HRR artists include the following:

Annie Clark began playing guitar at the age of 12 and later picked up some valuable lessons on the life of a touring musician when, as a teenager, she joined her uncle Tuck Andress on the road with his popular jazz duo Tuck & Patti. In 2001, she began studying at Berklee, and later recorded a self-released, three-song EP with fellow students, titled Ratsliveonnoevilstar. In 2004, Clark left Berklee and joined the extra-large Baroque pop group the Polyphonic Spree as a guitarist and a singer. She toured with the band and appeared on the sessions for its 2007 album, The Fragile Army. In 2006, Clark left the Polyphonic Spree and joined the backing band of like-minded pop composer Sufjan Stevens. She recorded a three-song EP to sell at her shows with Stevens, and adopted the name St. Vincent (inspired by her grandmother as well as the New York hospital where poet Dylan Thomas breathed his last breath).

After a group of rock musicians met as Berklee students and founded the Peasantry, they later became members of the popular indietronica band Passion Pit. The band released their debut album Manners in 2009, and their 2012 follow-up, Gossamer, debuted at No. 4 on the Billboard 200. The band has played countless festivals across the world, and has performed on prestigious programs Saturday Night Live, the Late Show with David Letterman, Late Night with Jimmy Fallon, and Jimmy Kimmel Live.

The long-distance collaborative project Haerts formed when childhood friends Nini Fabi and Ben Gebert started collaborating on music in a small apartment in the Greenpoint neighborhood of Brooklyn. Fabi and Gebert met in Germany as children when they were members of the same swim team. After attending Berklee, the two set out for New York in 2010, added additional bandmates, and in 2013, debuted as Haerts on Columbia Records with the Hemiplegia EP. In 2014, the band released their full-length, self-titled debut.

Isom Innis was a Heavy Rotation Records artist before completing his Berklee studies in 2008. The Los Angeles–based musician now performs as a member of Foster the People during tours and studio recordings. After the release of the debut album Torches in May 2011, Foster the People's "Pumped Up Kicks" became a crossover hit on commercial radio and eventually reached No. 3 on the Billboard Hot 100, earning the band two Grammy Award nominations. Innis performed several roles on Foster the People's second album, Supermodel, including contributions as composer, programmer, vocalist, drummer, guitarist, and pianist.

Big D and the Kids Table

The members of Big D and the Kids Table founded the ska punk band in October 1995 when they were Berklee students. The group self-released its first album in 1997. With a DIY approach to engineering, producing, releasing, and promoting their albums, the band became known for a high-energy live show, earning honors for Outstanding Ska Band at the 1999 Boston Music Awards. Playing an average of 200 shows per year at times during their career, Big D has toured with several major bands, including the Mighty Mighty Bosstones, Dropkick Murphys, and Rancid, and have been regular performers on the Warped Tour.

Massachusetts-based Gem Club understands the fragile symmetry of art that inextricably links beauty and sadness. The band—singer/pianist Christopher Barnes and his collaborators, cellist Kristen Drymala and vocalist Ieva Berberian—has released two albums on Hardly Art, a Sub Pop sub-label. The group's debut, Breakers, was released in 2011, and was met with praise from NME, AllMusic, NPR, Pitchfork, and others. They released their second album, In Roses, in 2014.

Georgia-born singer-songwriter Julia Easterlin uses a looping machine to create her music, allowing her to layer several recordings of her own voice, an effect the Boston Globe called a "one-woman a capella group." While mastering this technique at Berklee, she played in Berklee's CMJ Music Marathon showcase in New York City, and later gave a TED Talk in Los Angeles in 2011, as part of the TEDxWomen event. Her album releases include Calling Out and Touristes.

Red Oblivion is a three-piece rock band consisting of Zach Adams (vocals/bass), Emma Torres (guitar), and Carson Groenewold (drums). The three members met at Berklee and now reside in New York. They aim to put a traditional spin on modern music by pulling from such diverse influences as the Pixies, Queens of the Stone Age, and the Killers. The band's five-song EP, My Friend Fear, features organic instrumentation, catchy guitar riffs, and aggressive lyrics.

On the album Shiny Eyed Babies, the art-rock collective known as Bent Knee pushed themselves far beyond the conventional definition of indie rock. Drawing from a sonic palette edged by the touchstones of heavy psych, baroque pop, and avant-jazz, the ensemble crafts compositions where melodies swell, collapse, and coalesce unexpectedly into anthemic crescendo. Bent Knee, which came into being in 2009 at Berklee, is described by the Needle Drop as “grand, serene, and progressive."

Los Angeles–based singer-songwriter Madi Diaz burst into the national consciousness in 2005 as one of the promising young musicians featured in Rock School, a documentary about the Philadelphia-based Paul Green School of Rock. At age 21, while still a Berklee student, she opened for Linda Ronstadt at the Newport Folk Festival in 2007, and that same year recruited fellow Berklee musicians to record her 2007 debut album, Skin and Bone. Her output has remained prolific ever since, with her fourth album, Phantom (2014), marking the most recent release. Diaz's songs appear in numerous television shows, including Nashville, Pretty Little Liars, and Army Wives.

Rising country star Charlie Worsham was whisked away to Nashville before he even had a chance to finish his degree at Berklee. Since then, he’s opened for Taylor Swift and Miranda Lambert, performed for huge crowds at venues including the Dallas Cowboys Stadium, and signed a record deal with Warner Bros. to release his debut album, Rubberband (2013). In 2014, he appeared in an episode of the FOX television series Bones and his song "Love Don't Die Easy" was also featured in the episode.

Reggae-funk-dance powerhouse Spiritual Rez formed in 2002 during their first year at Berklee. They played constantly in the basement of the residence hall they all shared, and eventually landed a spot on the fourth volume of HRR's annual compilations. While creating a style of their own, Spiritual Rez has shared billings with artists Gregory Isaacs, Toots and the Maytals, Steel Pulse, Culture, Israel Vibrations, and Barrington Levy. The band has also played with George Clinton, Gogol Bordello, Jimmy Buffett, and legendary keyboardist and founding member of Funkadelic Bernie Worrell, who was also a member of Talking Heads.

For Liz Longley '10, Berklee was “the only school on my wish list.” After graduating with a focus in songwriting in 2010, she went on to take top prizes at some of the most prestigious songwriting competitions in the country, including the BMI John Lennon Songwriting Scholarship Competition, the International Acoustic Music Awards, and the Rocky Mountain Folk Fest Songwriting Competition. She has toured with the likes of Shawn Colvin, Amos Lee, Paula Cole, Livingston Taylor, Lori McKenna, and Colin Hay, and her music has been featured on television shows NY Med and Army Wives.

Shea Rose '11 is an award-winning American singer-songwriter and a rock, soul, and hip-hop artist. She was named the 2012 Pop/R&B Artist of the Year and the 2011 R&B/Soul/Urban/Contemporary Artist of the Year at the Boston Music Awards, and has been honored with a SESAC Award for collaboration on the Grammy-winning jazz album The Mosaic Project and the 2012 Songwriters Hall of Fame Abe Olman Scholarship for Excellence in Songwriting. Queen Latifah handpicked Rose for a CoverGirl music campaign and BET Awards appearance, calling her “America’s next female rapper.” Rose spoke at TEDx Beacon Street in 2014, describing her experience following vocal surgery to remove a polyp. Currently, she is curating the RISE Music Series at the Isabella Stewart Gardner Museum with composer and producer Simone Scazzocchio, bringing local, national, and international aspiring and established artists from the realms of pop, rock, and hip-hop to the museum.

Jackie Foster B.M. ‘18 is an award-winning vocalist from San Diego, California, who attended Berklee as a recipient of the Berklee Lollapalooza Endowed Scholarship. Foster distinguished herself as a semifinalist on season 14 of NBC’s hit show The Voice and was mentored by three different coaches: Kelly Clarkson, Adam Levine, and Alicia Keys. Whether it’s pop, rock, R&B, or jazz, Foster’s warm, rich tone and powerhouse vocals can fill up a room and leave audiences wanting more. She is currently writing and preparing to release new original music in 2019. 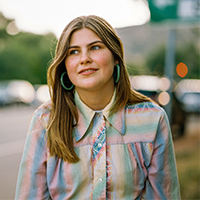 Jobi (Jobi Riccio) is a student songwriter and performer from Denver, Colorado. Inspired by artists such as Bruce Springsteen and Joni Mitchell, and classic country and bluegrass, she writes songs with folk and roots sensibilities. Jobi has received acclaim for her writing, including being selected as a finalist in the 2018 Rocky Mountain Folks Festival Songwriter's Showcase. She also appeared on the Spain chapter of Women in Music’s compilation album, Sincerely, Women. Jobi’s EP "Strawberry Wine" came out February 5.

Roy Juno is the collective name shared by three Allston, Massachusetts–based producers and instrumentalists. Led by lyricist and frontman Sayak Das B.M. ‘18, the band blends themes like identity struggles, false hero glorification, and celebrity ego death with sound design that transports the listener to an era where synthesizers were the vanguard of sensible pop. Rhythm section Henri Young B.M. ‘17 (bass and synthesizer) and Josh Parra ‘17 (drums and auxiliary sampling) pride themselves on seamlessly blending a wide range of backgrounds, resulting in a truly modern pop sound.

What is MKULTRA? Think of MKULTRA as the name of a cinematic universe with the Milk Man as one of many characters including Green Guy, Meat Man, and the Brain Child, all characters in a very complex mythology. On the album THE MKULTRA SHOW, the protagonist that speaks throughout is the Milk Man. MKULTRA draws listeners in to his crazy universe of experimental hip-hop and a world of new sounds and feelings. Bring on the Milk Man.

GOLDSPACE is an electro-pop/hip-hop duo composed of students Maia Quin and Andre Samuel. Their sound is a blend of future R&B and hip-hop, although style and genre don't prevent them from using all kinds of sounds and influences. GOLDSPACE’s first two singles have appeared multiple times on Spotify’s biggest playlists, including Fresh Finds and Poptronix. The duo plan to release a series of singles and EPs throughout 2019. GOLDSPACE frequently features producer and DJ Trey Kams, also a Berklee student.

ALX (Aaron Gregory) is a student singer-songwriter from Jacksonville, Florida. “I used to be that nerdy kid that would spend his weekends watching Dragon Ball Z,” says Alx. “Now I'm that nerdy kid that spends his weekends watching Dragon Ball Z and making music.” He began following his passion at 14 and has since opened for T.I. and ELHAE. His creative lyricism, intricate beats, and influences—such as Trey Songz, Big Sean, Eric Bellinger, Omarion, and Ty Dolla $ign—are reflected in his music.