Berklee.edu
In This Section
About 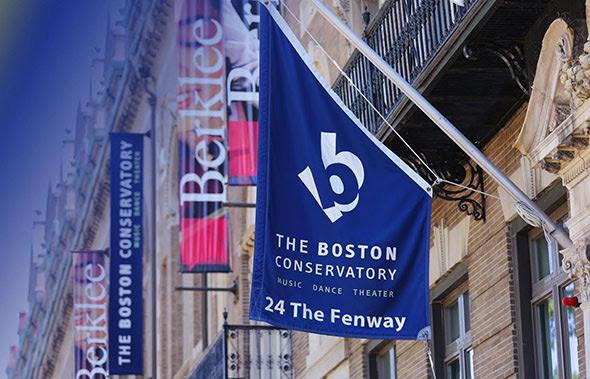 The Boston Conservatory and Berklee have agreed to merge the two institutions. The following is a series of questions about this new initiative, along with the most up-to-date answers available.

1. When was the decision to merge made official?

The decision to merge was a culmination of months of exploration into finances, academics, administration, operation, and facilities to examine the feasibility of a combined institution. Steering committees that formed as part of this exploration were composed of members of the administrations and board leadership of both institutions. Governing boards of both institutions voted unanimously in favor of the proposed merger in December 2015, based on the assessment of final merger documentation and pro formas submitted by the steering committees. Merger documents will be signed by both institutions on January 20, 2016 in a public signing ceremony to be held at the Berklee Performance Center.

2. Legally, when will the merger go into effect?

3. What needs to happen before the merger is legally recognized?

There are merger-related filings to be made, and approvals sought, that involve bodies including the Massachusetts Secretary of State, Massachusetts Board of Higher Education, the New England Association of Schools and Colleges, and some others. Barring any unforeseen circumstances, all necessary approvals are expected to be in place by the end of April.

4. When did the merger conversation begin?

A Memorandum of Understanding (MOU)—a document that expresses mutual accord on an issue between two or more parties—was signed between The Boston Conservatory and Berklee on June 25, 2015, creating a formal, non-binding agreement that outlined the intention to explore a merger of the two institutions. The MOU was created and signed after both organizations agreed that it would be mutually beneficial to pursue such an exploration. The MOU was not a commitment to merge, but rather a formal commitment to engage in serious discussions about the benefits and feasibility of a merger.

5. What happened after the MOU was signed?

The MOU signing initiated an exploratory phase, during which steering committees (consisting of members from both organizations) were tasked with conducting studies and facilitating deep discussions intended to determine the feasibility and possible success of a merger. At the conclusion of this phase, the boards of trustees at both organizations reviewed the steering committees' findings and voted in December 2015 to merge the institutions.

6. What was being considered during the MOU exploratory phase?

The steering committees, consisting of members from both institutions, explored how academics, administration, operations, and facilities would function in a combined institution. These committees were tasked with identifying strengths, weaknesses, and opportunities in each of these areas in order to determine if a merger would be beneficial and, if so, how it could be feasibly implemented.

7. Were there financial concerns for either institution driving this exploration?

No. Both institutions are financially healthy and operating sustainably. The reasons for exploring and agreeing to the merger are educational, not financial. The merger agreement acknowledges an opportunity to invest collective energy and resources in creating a unique performing arts college of the future.

8. If not financial, what were the motivations for wanting to merge?

Each school’s strengths are complementary to one another. Together, the two institutions can offer in-depth study across the entire spectrum of the performing arts, ranging from traditional classical works to entirely new creations that combine music, dance, theater, and technology.

As a combined institution, students from both The Boston Conservatory and Berklee will benefit from new opportunities to collaborate, create, and learn from one another. Both schools are committed to producing leaders in the performing arts, and this merger will allow students from each institution more opportunities, and provide more resources, to develop in this respect.

9. What new opportunities will be available to students now that the institutions are merging?

Berklee students will benefit from access to the Conservatory’s in-depth dance and musical theater training, helping them to improve and rethink the presentation of their art. Classical and contemporary musicians will have increased opportunities to collaborate and create new sounds.

Every artist will benefit from broad-based business skills, and an entrepreneurial mindset permeating the merged institution. In addition, we envision joint development of new programs, including programs at Berklee's campus in Valencia, Spain.

10. Has The Boston Conservatory been absorbed into Berklee?

11. Now that the merger decision has been approved, what will the institutions be called?

The combined institution will be known as “Berklee” and the Conservatory will be called “The Boston Conservatory at Berklee.”

12. If The Boston Conservatory is not being "absorbed" into Berklee, then why will its name change?

The new name is meant to signal both the preservation of the programmatic and cultural identity of The Boston Conservatory and the broad range of new training and collaborative possibilities achieved by joining forces with Berklee. This is a common way of identifying the relationship between two such organizations: think of the Peabody Institute of the Johns Hopkins University; the Eastman School of Music at the University of Rochester; or the Longy School of Music of Bard College, among many others.

13. Who will lead the combined institution?

Richard Ortner will continue to oversee Conservatory-specific operations, while Roger H. Brown will assume oversight of the combined entity and serve as its president.

14. What is the timeline for operational changes to begin now that there is a merger agreement?

The timeline for this integration and details regarding the new structure and function of each department will be explored over the next several months. No operational changes will occur during the remainder of the current academic year.

15. Boston Conservatory students value the school's nurturing, close-knit community. What will be done to preserve the Conservatory's family-like culture in the newly combined institution?

The Boston Conservatory understands that its intimate, close-knit community is a large part of what distinguishes it. Berklee shares Boston Conservatory values around providing students with a creatively rich environment that is both rigorous and supportive. Both schools are committed to preserving the key features that have made each so successful in recent years, and will be forming a cultural committee to brainstorm and implement initiatives that ensure this culture is honored.

16. If an applicant is accepted to Berklee, does that mean they are also accepted to The Boston Conservatory?

No. The Boston Conservatory will continue to accept only those students who meet the artistic and academic standards of its programs. Students attending Berklee who wish to transfer to a Boston Conservatory program will need to go through the Conservatory’s traditional admissions process.

17. If the institutions merge, how will the official name appear on transcripts and degrees received by Boston Conservatory students?

18. Will current Boston Conservatory students complete programs as described at the time of their enrollment?

Yes. All Boston Conservatory students will complete their respective programs as described at the time of their enrollment; academic programs and requirements will not change. It is expected that academic opportunities will eventually be added to enable students to elect other ways of completing their degrees, should they choose.

19. Will The Boston Conservatory continue to focus on classical music training?

Yes. It will continue to pursue excellence in classical music, dance, and theater training. The merger can be expected to create additional opportunities for Boston Conservatory music students in areas where Berklee's strengths can add value, such as in the study of recording, music production, music business, and video game and film scoring.

No. The Music Division will remain an autonomous entity, part of The Boston Conservatory, as it is today. Over time, we want to open doors for our music students to explore a range of new opportunities, but there is no plan for the Music Division to dissolve into Berklee's music program.

21. How will the merger affect the schools' respective approaches to teaching music using contemporary styles, genres, and techniques?

Barriers have dissolved between traditional conceptions of “popular” and “classical” music. As Berklee and The Boston Conservatory combine their already broad array of contemporary sounds, they will create a merged institution that is poised to lead in evolving new hybrids of musical styles and techniques from all over the globe and representing every era.

22. Will the merger affect scholarship packages?

No. The Conservatory and Berklee will continue to award financial aid separately, each according to its current best practices. Scholarship awards that have been made to students at the Conservatory will not be affected.

23. How does the merger affect cost of tuition?

The merger will not affect tuition in the immediate future. Work is underway to explore the best way to bridge the difference in current tuition costs at the two schools. Both schools are committed to exploring every possible way to moderate cost increases from year to year.